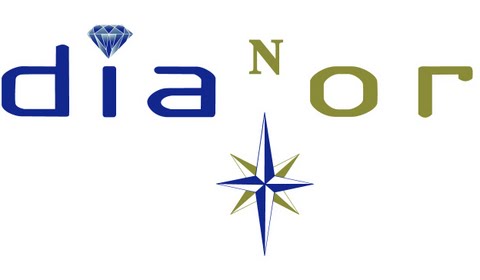 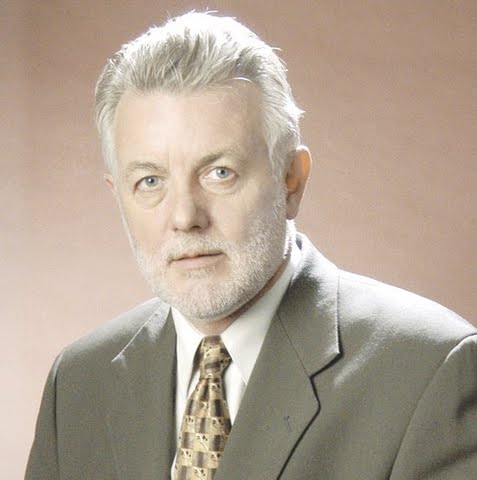 ABOUT DIANOR
Dianor is an innovative exploration company focused on advancing diamond exploration properties in the Superior Craton of Canada. The Leadbetter Diamond Project is its most advanced project and is geographically well situated and easily accessible, some 12 kilometres north east of Wawa in Northern Ontario. Substantial exploration work has been conducted on the project since 2005 and in May 2009 the Company received government approval to proceed with a 50,000 tonne bulk sampling programme of the 2.697 Ma old Archean Conglomerate. A preliminary tonnage estimate for this conglomerate is in the range of 549 million to 583 million tonnes (press release July 24th 2007). In addition to diamonds, the conglomerate contains gold, sapphires and rubies (press release January 18th 2007). In 2008, additional diamond discoveries, including rare purple diamonds, were made by the Company in rocks of similar type, age (Archean) and geological settings (press release March 3rd, April 10th,& May 13th 2008) in Quebec. The Quebec diamond properties have increased our portfolio of low-cost, accessible exploration targets. These diamond discoveries (Ontario and Quebec) are both unique and amongst the oldest diamond-bearing occurrences in the world.

WSR: What were some of the highlights of your recently announced private placement?

John Ryder: I think the highlight really for 2009 is having survived the recession, being in what seemed to be luxury goods items, we’ve been able to raise funds in 2009 and 2010. So, right now we are quite confident that there is some give in the market and there is some interest being developed for diamonds.

WSR: Bring us up to speed on your flagship project, the Leadbetter Diamond Project?

John Ryder: Once the recession hit there last year, we made the decision in fall of 2008 to continue with the permitting and obtain the necessary government approvals to proceed with the bulk sampling of the Leadbetter project. We commenced work on the Leadbetter project in April 2005. We’ve completed just under 50,000 meters of diamond drilling. We have basically a geological model of around 516 million tons give or take, plus or minus 17 million tons of diamondiferous rock. It’s the oldest type of diamond deposit in the world at about 2.7 billion years old. So, we are quite pleased even though in the downturn in the economy that we were able to achieve the approvals necessary to advance the Leadbetter project to its bulk sampling stage, which will be one of the largest in the world at 50,000 tons. Obviously, our next challenge in gold now is to raise in this market the financing necessary to achieve that.

WSR: Talk about some of the emerging trends as far as diamond and diamond drilling. How well positioned the company is with your portfolio of companies to capitalize on some of the trends?

John Ryder: I think one of the key things and it’s basically a presentation done by the world’s leading diamond analyst, Des Killilea, and also in Rapaport in New York in September/October 2009. He basically has stated that the projections for diamond shortage, even though with the supply/demand imbalances and the recession, is still going to create by 2016 at least $4 billion shortfall in rough diamonds. Now diamond prices took a big hit in 2008/2009 and are slowly recovering. But overall really diamond market, diamond potential for future production is very similar to where gold was around 2001/2002. Literally, we know there is a major shortfall and there is no new deposits coming on stream to anywhere meet any of the proposed shortfall. That’s where we and Leadbetter are looking with Leadbetter, which as I said is a very large tonnage type of deposit. The bulk sampling proves up the economics of it. Then based on this new model of diamond deposition and diamond deposits, we stand a good chance of at least having a good chance at filling in some of the diamond shortage.

WSR: What makes Dianor Resources unique from some of the other diamond players in the sector?

John Ryder: I’ll go back again using gold as an analogy, which most of the listeners and readers of Wall Street Reporter would be used to. If you go back to the 1960s from let’s say the gold rush days in California to the mid-1960s, gold mining was essentially low tonnage high-grade gold deposits. Then along with the discovery of gold strike in Nevada, the development of Barrick cyanidation, we now mine gold basically at less than 1 gram a ton compared to the ‘60s where you needed at least half an ounce to an ounce a ton. So, we’ve gone from low tonnage high-grade to very large low-grade tonnage gold. Now in diamonds, the majority of the diamond mines, 90% of the diamond mines in the world are all low tonnage high grade in the sense meaning that covers a ton diamond deposits. There are no real large tonnage low-grade diamond deposits out there or medium grade diamond deposits. The Leadbetter deposit and its tight model of what we call Archean conglomerates basically are moderate grade, around 0.38 carats to 0.44 carats a ton, but again large tonnages in the hundreds of millions of tons. So, we believe that the time is coming and the corollary with gold is that we really have a potential to see a Barrick type situation happening in the diamond market, diamond mining end.

WSR: Walk us through your background and experience as well as that of the key management for some of our listeners that are new to Dianor.

John Ryder: I’ve been involved in exploration for many, many different minerals and diamonds for over the last 35 years throughout the world. I became actively involved in diamond exploration around 1992 and have focused exclusively on diamond exploration since then. I’ve worked in South America, Central America, United States, Saudi Arabia, the usual story of geologists. I’ve been running Dianor with Daniel Duval, who basically was with Agnico-Eagle for 15 years in the accounting department, and we essentially have been running Dianor since 2002. Since that time, we’ve raised over $45 million for Dianor and taken it to focus exclusively on diamonds while at the same time we’ve taken our gold base metal properties and vended those off to our shareholders in the form of a sister company called TriGold Resources, which has got gold base metals and rare earths. So, we focus exclusively on diamonds and that’s the main management. Our Project Manager, Mr. Tom Landers has been working in the Wawa area where the Leadbetter project is for over 50 years. He was the mine manager for the iron ore mines, which are only 2 kilometers away from the Leadbetter project.

WSR: What are some of the goals and some of the milestones that the team here hopes to accomplish over the course of the next 12 months?

John Ryder: Obviously, our main goal right now is to obtain the necessary funding in this very difficult market to obtain the equipment and do the site preparation because we are going to require around $30 million to $40 million over the next two years, which is a lot of funds for a small junior company at this stage in this market. But we really need to get the initial funding in, which we are very optimistic of obtaining for the equipment; get the site preparation ready for the bulk sampling under direction of Mr. Tom Landers. Once that’s on site, then the bulk sampling will commence and that’s our main goal. The Interim goal is essentially to get the site prepared and ready for the bulk sampling by obtaining the necessary funds.

WSR: In terms of our investors and the investment community, do you believe that Dianor’s story and message are completely understood and appreciated by the financial community?

John Ryder: On one hand, yes; on the other hand, no essentially because it has been we’re in diamonds and diamonds again has been the laggard and the least commodity of interest in the markets for the last two years, there is no real interest. Secondly, people are still of the opinion of the previous diamond markets and controls and monopolies, those days are all gone. So, there is a certain negativity about small companies like that being involved or companies other than De Beers or Rio Tinto being involved in diamonds so we have to overcome that. Essentially, I think if people look at us and look at our 43-101 reports and realize my God, you probably have potentially the largest undeveloped diamond deposit sitting in an area where you can work 12 months a year, seven days a week with First Nation support sitting where the stock price is $0.07, it has to be a bargain. I think that realization is as soon as we meet new people, new fund managers, they really seriously look at it and begin to realize the potential and it’s educational. It really is educational to get fund managers and private equity funds to understand the diamond market and I think if we can achieve that, they would see the real potential of Dianor.

WSR: Why does DOR, why does Dianor Resources represent a good long-term investment opportunity for potential investors?

John Ryder: Essentially as I said, it has the potential to have a large undeveloped diamond resource in a market where there is going to be a major shortage in diamonds. Secondly, at these prices considerably consistently share is around $1.20 for quite a long time, it’s totally undervalued with its potential. The real bonus and blue-sky is we have discovered in six different geographic areas in Quebec similar age rocks with diamonds, except they are unlike the Leadbetter flagship, 80% of the diamonds are colored diamonds. So, I think once Leadbetter is proven up to be economic, then really we’ve got huge, huge potential to grow and develop.