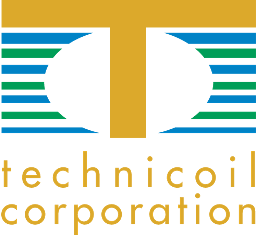 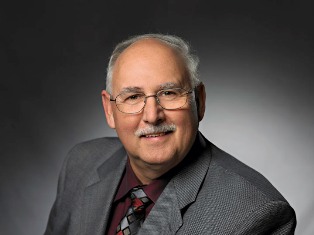 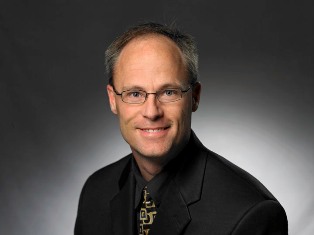 With equipment designed for rapid deployment, safety and ease of operation, Technicoil is well placed as a leader in two of the fastest growing oil and gas industry segments.

TRANSCRIPT:
WSR: Good day from Wall Street. This is Juan Costello, Senior Analyst with The Wall Street Reporter and joining us today is Marvin Clifton, CEO of Technicoil Corporation as well as Robert Sprinkhuysen, the CFO. The company trades on the Toronto Stock Exchange and their ticker symbol is TEC and they’re an oil and gas services company operating in Western Canada. Thanks for joining us today gentlemen.

WSR: What were some of the highlights of your financial and operating results for the quarter?

Marvin Clifton: From an operational point of view, the greatest highlight was the fact that we were extremely busy with our CT service rigs. This has been something we’ve been working on since 2006 and it was nice to bring this to fruition and we’re in all the resource plays in the Western Basin and now in Canada.

WSR: You guys have two divisions, one is well servicing, one is drilling; what were some of the numbers there?

Robert Sprinkhuysen: On the well servicing side, we achieved a record number of operating hours in the quarter of 17,902 hours with a vast majority of those hours in the new basins that Mark Clifton had alluded to earlier. On the drilling side, we recorded 312 drilling operating days, which was the highest number of operating days and utilization we’ve had since 2006. Combined, those two have contributed $24.5 million of revenue for the quarter, again a record result for the organization.

Marvin Clifton: The trends have been into the resource play. So, on gas, it’s the Horn River and the Montney; and then in oil, it’s the Cardium play in Alberta and then the Shaunavon play and the Bakken play in Saskatchewan along with the oil sands. Our CT service rigs have been in all of those five or six areas. What’s brought this on is the fact that the wells are now being drilled horizontally and then we have multiple fractures in the lateral section and that’s where our growth has come in. We’re setting the plugs, we’re doing the perforations, we’re doing the drillouts and the cleanouts on these wells.

The other things that we’ve done this year that was different. On our drilling side, we went into the oil sands, but this time we went in to drill a large inch surface hole and preset getting ahead of the drilling rig that drills the SAGD wells in the oil sands. So, we were able to drill 22-inch hole to a 175 meters and again that’s something we had never done before. So, this last quarter is quite unique, high utilization on the CT side and drilling a large hole, which we’ve never done before, on the drilling side.

WSR: What else would you guys say makes Technicoil Corp. unique from some of the other players in the sector?

Marvin Clifton: The uniqueness will be our CT service rigs. The fact that we’re in all the resource plays and the fact that we can respond to the new trend, which is horizontal drilling and then multiple fractures on the lateral sections. In the past, conventional service rigs have serviced these wells, but the CT service rigs that Technicoil has, those are with coil tubing rather than with jointed pipe and therefore the process is quicker and more efficient and ultimately cheaper then because time is money in the oilfield.

WSR: You guys won an award for the drilling, the CAODC.

Marvin Clifton: That was for our safety record. We put a lot of emphasis on safety and looking after our personnel in the field. We have two safety managers in the company and again we have a very good record in all divisions when it comes to safety and it’s something that’s a high priority to us.

WSR: Perhaps you guys can walk us through your background and experience and that of some of the key management team over at Technicoil?

Marvin Clifton: Myself, I’ve been in the oilfield since 1967, I’ve run some major companies. I’ve been in management roles since 1974 coming into Calgary. One of the biggest companies I’ve ever run was Precision Well Servicing, it was $0.25 billion in revenue and had in excess of 250 operating rigs. I came to Technicoil in 2002 and was instrumental in laying out the strategy and also the design of the rigs that we’re utilizing today.

Robert Sprinkhuysen: My background, I’m a Chartered Accountant. I spent the last close to 15 years in the energy service, both on the upstream side as well as the service end of the industry; number of years with compression and process equipments, and most recently here at Technicoil on the well servicing and drilling side.

WSR: Looking out at the near horizon, what are some of the goals and milestones that the team here hopes to accomplish over the course of the next 12 months?

Marvin Clifton: Going back, we took quite a knock starting in the fall of 2008 and through 2009. We were very concerned about debt. So, one of our major focus was to make sure that our balance sheet was in good shape and we have done that. Going ahead, we will be looking to expand our offerings by getting pumps for our CT service rigs to give a more fuller service product offering to the companies that we work for.

We’re also looking at other possibilities and at the same time, we’ve always told people that we would love to do a merger and acquisition if it fit the culture of the company and the growth strategy that we have going ahead. The emphasis we have been putting on the company since 2006 really has been on servicing wells rather than the drilling of wells. So, again we’ve switched from being a drilling contractor weighted heavily towards drilling and more towards the service side of the business.

WSR: What would some of those synergies be that you would look for in terms of some of your M&A activity?

Marvin Clifton: Synergies would be they’d have to be a service company. They would have to have a wide geographical territory that they worked in, different stations. Also, we’d probably look at if they were a conventional service rig more focused on oil than on gas and in the areas that we’re not presently in. So, service rigs and heavy oil service rigs in Southeast Saskatchewan, possible service rigs in different locales in northern part of the Province of Alberta.

WSR: In terms of the investors and investment community, do you believe that right now that the company’s story and your upside potential are completely understood and appreciated?

Marvin Clifton: We are hoping that it’s better understood. I don’t know that if we’ve communicated well enough to say that everybody understands our story. In the past, there’s been some encumbrances on us. We had a lawsuit that we have now ended that was on our drilling side and we had a contract with one large pressure pumping company that we’ve also moved away from as well. I think those two things bode well going ahead and it allows us to become more of a service company focused directly with E&P companies rather than with the pressure pumping company or another service company. We also feel that we’re in a great position to take advantage of the trend, which is horizontal drilling and multilateral fracs, and we are there and we are in all the resource plays that there are in Western Canada.

WSR: What do you believe that investors are missing from the Technicoil Corp. story, which if they better understood would result in a higher valuation for the company?

Marvin Clifton: In the past, our earnings have been sketchy because of the downturns. I think a lot of investors were scared throughout 2009, I mean we all were, we didn’t know what was going to happen. We had talked about the repositioning of the company, but it’s only been in the last year that we’ve been able to show we’ve actually executed on what we told investors we were going to do. So, I think the fact was that probably a lot of investors said, “Okay, let’s see you do it first, then we’ll believe you” rather than, “Oh, you’ve told us, now I believe you”.

WSR: Once again, joining us today is Marvin Clifton, the CEO of Technicoil Corporation as well as Robert Sprinkhuysen, the CFO. The company trades on the Toronto Stock Exchange, ticker symbol is TEC, and is currently trading at $0.56 a share with a market cap of $40.7 million. Before we conclude gentlemen, why do you believe that TEC, why does Technicoil Corporation, why should investors consider the company today?

Marvin Clifton: We’ve got a great balance sheet, we are repositioned for growth, we’ve got a great team, we can execute, and I believe we got a bright future ahead of us.

WSR: We certainly do look forward to continuing to track the company’s growth as well as report on your upcoming progress and I like to thank you both for taking the time to join us today and to update our investors.