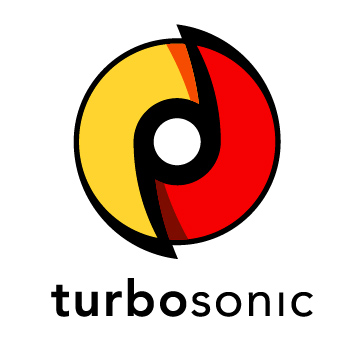 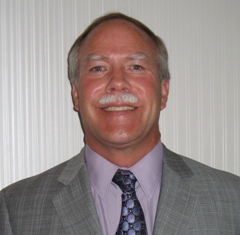 Juan Costello: Starting off, talk to us about the recent Catalytic Gas Treatment system technology and a little bit of an overview about the company for some of our listeners that are new to your story?

Edward Spink: We were incorporated in 1976 with a University invention for atomizing scrubber and patented liquid atomizer that started the company. We did a merger acquisition back in 1996/1997. And over that period of time, filled out our stable of technologies for gas scrubbing and particulate removal to probably one of the most extensive in the industry. Coming off of certainly a meltdown of the financial markets and a contraction of capital markets, we have good reason for optimism now because we’ve launched some new technologies that hold great promise for the company and for pollution abatement including carbon credits and CO2 reductions, as well as some regulations that are certainly worth noting.

The CGT technology that stands for Catalytic Gas Treatment is a technology that replaces thermal oxidation of volatile organic compounds that stings off the building products industry and the ethanol industry and those applications, but it does so without the use of non-renewable fuels, in this case, usually natural gas and thereby creates potential for a significant carbon credit. One example that would be as much as 42,000 tons per year of CO2 that is not generated, so this actually in displacing the use of natural gas, creates a return on investment, which is an unusual thing for pollution abatement. Usually, it’s simply a cause of operation. But superimposed on that, we have new regulations coming in that have been published. One is the new Boiler MACT regulation in the US. The other is an SO2 regulation coming in June 2nd. And, we also have new regulations in the cement industry, all of which are big industries and big applications for TurboSonic. To give you a feel for what this means to us, one client, a very large client in the US has talked to us about cooperating with them to develop solutions for Boiler MACT and they have 200 boilers needing solutions. So, the opportunity of that one customer is astronomical. Take that along with cement opportunity and this opportunity created by Catalytic Gas Treatment technologies that we’ve just proven out in the first United States installation in North Carolina over the last month and we have a very good future ahead of us.

Juan Costello: You posted your Q3 numbers, so what were some of the highlights of that and how do you plan on overcoming some of the challenges in the market moving forward?

Edward Spink: As I mentioned, it was a disappointing quarter and in fact year. And coming back a couple of quarters, we did release that we expected several soft quarters. Certainly we don’t embellish things, we lay it straight. So, we told America what was going to happen and it’s happened to the entire industry. It’s not something that is confined to TurboSonic certainly. But, we saw almost probably about a year delay to the overall meltdown and its affect on our industry and TurboSonic specifically.

We saw capital markets just collapse, capital spending collapse and of course the housing market, building products industries followed soon. So, it’s been a bit of a rough ride, but the new opportunities that we have I think all it really has done is depress prices that make extremely good buying opportunities for the stock. But for the quarter, we lost about a half a million dollars, and that’s coming off of a record year where we had a profit of almost $1.5 million. So, it’s one of the manifestations of this market turmoil that we are seeing. But looking forward, which is the only way to look, we have tremendous base for optimism with regulation-based drivers like the new Boiler MACT standards in cement industry, but that is coupled very nicely with innovations that we are bringing to market that actually provide a return on investment in greenhouse gas benefits simultaneously. So, I think there is nothing but optimism going forward.

Juan Costello: Talk a little bit about some of the market trends in your sector and how well positioned TurboSonic is to capitalize on them?

Edward Spink: As I mentioned, CGT technology for instance, we’ve been in that industry for 15 years generally selling particulate abatement technologies including our Wet Electrostatic Precipitator, which is trademarked as SonicKleen. But the CGT technology now just proven in the industry is quite interesting because we are so well placed for 15 years in that industry. We know all the players, we are well known in the industry, so it puts us in a very good position to capitalize on this new technology because who doesn’t want to save money while also protecting the environment. So, that’s one good example.

Juan Costello: What makes TurboSonic Technologies unique from some of the other players in your sector?

Edward Spink: I hate to keep stressing CGT, but it’s a patented technology, we have worldwide rights to it. It can’t be duplicated and it is a unique technology with unique benefits. When we look at other technologies like our Wet Electrostatic Precipitator that is the flagship of the company traditionally. We have maintained a leading edge through development, research and new patents on features of that technology that set us apart. And just to give you a non-technical idea of what I am talking about, we have a patent on the final mist elimination section of that, which is truly a zero maintenance item and that’s a difficult thing to bring to market; in other words it’s tough to achieve that. But, we have truly achieved that in some of the toughest applications over say a five-year period and evidenced that zero maintenance factor. Many of our competitors are on a two-week to four-week maintenance cycle. So, when you compare two to four weeks versus five years, I think you are looking at a real marked advantage compared to the competition.

Juan Costello: Certainly. Perhaps you could walk us through your background and experience as well as that of some of the key management team over at TSTA?

Edward Spink: We are very, very fortunate both at the Board level and at management level in TurboSonic. I was the first employee of the company some 30 years ago. We now have 45 employees, locations in Europe, Canada and across the US, installations worldwide. But, when you look at for instance our Board, you’ve got former Head of Hydro One, which is the Ontario, Canada utility, which is one of the largest in the world. You have a past Dean of Business at the University here. You have a gentleman in the Governor’s Office in New Jersey. You have a past entrepreneur in engineering that was involved in a large multi-billion dollar roll-up of engineering firms called Stantec. So, a very, very interesting group, but management wise we have hundreds of years — I hate to say that of experience. Our engineering VP was ex-Joy, which might not mean much to most people, but it was one of the dominant players in the utility market for decades. Also, our VP of Finance came from that same company. The longevity of our management group and really our team as a whole, most people have been with the company well in excess of ten years and quite a few in 20-year and up range. So, we’ve got good longevity, good name recognition in the industry and extensive experience base.

Juan Costello: What are some of the milestones and goals and accomplishments that the company hopes to focus on this year?

Edward Spink: Having the CGT first installation proven out in the US certainly was a major milestone, and we’re just doing the verification testing after preliminary results have borne out the technology. So, doing — completing that and then moving on to other new installations across the US certainly is something to keep an eye on. The new cement regulations, you should start seeing not only in cement, but in a number of different industries, positive announcements of new orders coming up in the very near future. So, I keep an eye on that as we build our backlog coming off of what honestly has been a rather depressing year.

Juan Costello: With that said, do you think that investors understand the TurboSonic Technologies’ message and that there is that upside potential?

Edward Spink: I guess that’s why we are talking today; we need to get people to understand that. Certainly, the poor economic environment of the last year or two has affected many, many companies. And you have to look for companies that will rebound from that and that provide some tremendous upside potential. I think the closer you look at TurboSonic, the more you find that is the case that you see here.

Juan Costello: Is there anything that you believe that investors are missing from your story, which if they better understood would result in a higher valuation?

Edward Spink: One of the things that we don’t have is debt. We are not a highly leveraged company. We have a tremendously flexible business plan. We can operate and produce in any country that we operate in. So, we can move quickly, we can seize new opportunities as they develop. And at the same time, we are not passive to that. We develop solutions and new opportunities pretty much as a steady item as we’ve gone through our entire history. These items are accelerating, so I think there is great optimism going forward.

Juan Costello: Once again, joining us today is Edward Spink, CEO of TurboSonic Technologies, which trades on the Bulletin Board, ticker symbol is TSTA, currently trading at $0.36 a share, market cap is $5.6 million and the company designs and supplies air pollution control technology for industrial customers worldwide. Before we conclude, why do you believe that investors should consider TSTA today?

Edward Spink: I think in a nutshell, the environment has been in the news virtually every day. I mean BP certainly; but air emissions, it’s effect on health, all these types of things. But, there has been what I’d call a gap between the rhetoric or the policy decisions, and the enforcement and creation of regulation to actually put some teeth behind all those words. So, we are now I think passed that gap of rhetoric and policy and moving towards that completion of the vision if you will the regulations and enforcement and it’s beneficial effect on the environment. So, that’s what TurboSonic is about, and I think our day is here.

Juan Costello: We certainly do look forward to continue to track the company’s growth as well as report on your upcoming progress. I like to thank you for taking the time to join us today and to update our investors.

Edward Spink: Thank Juan, my pleasure, I appreciate it.

TurboSonic Technologies, Inc., a global provider of clean air technologies, announces it was awarded an order for approximately US$900,000, for its Turbotak Scrubber technology. […]