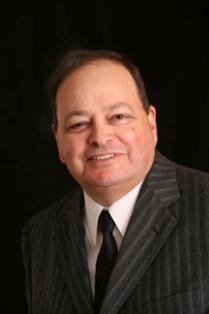 Corporate Profile: Teryl Resources Corp. is one of the main holders of gold mining properties in Alaska’s Fairbanks Mining Division with significant land holdings around and adjacent to Kinross’ Fort Knox Mine, the largest producing gold mine in Alaska. The properties include the Gil project, which is a joint venture with Kinross Gold(80%) and Teryl(20%), the Fish Creek Claims, 50% optioned from Linux Gold Corp. (OTC BB: LNXGF), and the Stepovich Claims, where Teryl has a 10% net profit interest from Kinross. The Company also has a 100%-interest in the West Ridge property.

John Robertson: Thank you for having me.

Juan Costello: Great, anytime. Starting off, give us an overview of the two drills working on the Gil joint venture with Fairbanks and with Kinross?

John Robertson: We recently approved a $1.6 million exploration program, which consists of 16,000 feet of drilling. And to date, they have been drilling with a core drill and an RC drill on three separate gold zones. We hope to have some assays over the next 30 days or so.

Juan Costello: So, you also have an interest in a total of four gold properties. Can you give us a little bit more of an overview of the other properties, Fish Creek, Linux and West Ridge?

John Robertson: We have a joint venture with another company called Linux Gold and they have an interest in the Fish Creek property, which is tied onto the Gil joint venture. And there has been a history of placer mining on the Fish Creek claims. As a matter of fact, there has been 7 million ounces of gold mined over the years for placer mining in the area we are in right now, either on the Gil joint venture or on the Fish Creek claims. And then, we have another 100% owned property called the West Ridge property. West Ridge Claims we call it, and it’s tied onto a producing mine, LaTeko owned it previously and Kinross bought it out for $94 million in shares and cash. So, we have the West Ridge property as well. And then, we have the Gil joint venture, which we have an agreement with Kinross Gold, where they own 80% of the property and we retain a 20% interest, and there has been about 140,000 feet of drilling to date and 21 miles of geophysical work. We are now doing that 16,000-foot drilling program with an objective to increase the reserves.

Juan Costello: As far as the way that Teryl works within the sector, are alliances and joint ventures a very important part of your business model?

Juan Costello: So, what are some of the synergies that you look for in your joint ventures?

John Robertson: The reason we like doing a joint venture with Kinross Gold is they have a producing mine, the Fort Knox mine, which has been producing for over ten years and they have a 50,000 ton a day mill and the infrastructure is there, like we are 20,000 miles away from The City of Fairbanks, Alaska and we can get to our property by freeway. They have the trucks, the roads nearby, so it’s very accessible. And, we are dealing with an experienced mining company; Kinross Gold is probably the third largest gold mine in North America. So, that’s an ideal situation for a junior company like ours to deal with a company that has the infrastructure. It’s not in some remote area; you can drive to our property on the freeway, so it’s very accessible. You don’t have to spend a billion dollars to put it in production. We are in a very excellent situation dealing with Kinross Gold.

Juan Costello: Talk about some of the market trends in the sector and how well positioned you believe the company is to capitalize on them?

John Robertson: The market trend for gold as you know looks very promising and we have economic potential of gold deposit that the goal of Kinross Gold is to find enough economic reserves to put the property in production and that’s their goal and that’s our goal to see an economic deposit completed. We actually have a geologist doing an independent study, a feasibility study to determine the value of our mineralization to date with a view that we might get a takeover bid for our 20%. And we want to be able to do our due diligence to make sure that we are getting a fair price. So, we have this Mark Robinson, very experienced geologist doing his evaluation and also looking for an intrusive target that could end up by finding another Fort Knox-type deposit. We know we have intrusive rocks and we know there are some other indications that we might have a potential intrusive ore body, which would increase the value substantially.

Juan Costello: What would you say are some of the factors that make Teryl Resources unique from some of the other players in the sector?

John Robertson: The key factor is the accessibility. Some of these properties are so far removed and then you have to put a whole new infrastructure in there, roads, and may not go into production over the next ten years or so. We have a property next to a producing gold mine and very well located, the infrastructure is all there and we are starting to get some economic ore values from our drilling results. So, it’s an ideal situation for a shareholder that’s looking for some values on a short-term basis.

Juan Costello: Perhaps you could walk us through your background and experience, as well as that of some of the strength of the management team over at Teryl.

John Robertson: My experience is to raise money, and over the years we raised about $10 million with Kinross Gold, which has been spent on the property. My experience was working with brokerage firms, raising money for junior companies. And the key to a junior company is it raises sufficient funds to develop their property into an advanced stage. And then, we’ve been hiring excellent geologists. The geologist in charge of our feasibility study, Mark Robinson, he is a qualified geologist, can write a 43-101 report, he is one of the first geologists to map the area before they found the Fort Knox deposit. So, he’s very well experienced to do our business. And then, we have my secretary; my assistant has been working on the paperwork aspect. As you know, it’s a lot of work involved in running a company. We have our own team to file reports, do our accounting and keep up with the rules and regulations. So, we’ve a really good team of administration people as well. We’re working with a lawyer who has been in business for several decades. So, we have an experienced legal person to guide us through agreements. So, we’ve a pretty good team. We can raise the money, we have the legal capabilities and we have the administration capabilities as well.

Juan Costello: What are some of the goals and specific milestones that the team is looking to accomplish here over the course of the next year?

John Robertson: We do have a potential of finding additional reserves, which is our main focus on doing this next drilling program. Last year, we drilled 15,000 feet of drilling, found a new zone, which increased the potential substantially. And this year, we’re drilling three separate zones to increase the value of the property. Our goal is to continue finding reserves, adding value to the company and there is always a possibility of getting bought-out at a half decent price for the shareholders, and that would be a short-term win for everybody. But the other objective would be to go into production as soon as possible. We’re at a very sophisticated stage now, where it won’t take much more additional work to make that decision shortly.

Juan Costello: When it comes to the financial community, what do you believe that investors are missing from the story, which if they better understood would result in a higher valuation of the Teryl stock?

John Robertson: Right now, we’re all waiting for this next round of assays from the 16,000 feet of drilling. I think the investment community, they like good intersections from drilling results. And also, the other thing would be if we had some reserves, which we’re calculating now, we could come up with estimated reserves on our property, now that would give us excellent value per share and that would help with the stock as well. But, all these objectives are being addressed today.

Juan Costello: Joining us today is John Robertson, the President of Teryl Resources Corporation. The company trades on the TSX Venture, ticker symbol is TRC as well as on the Bulletin Board, ticker symbol is TRYLF, and is currently trading at $0.17 a share. Before we conclude, just to kind of rehash some of your key points, why do you believe that investors should consider Teryl Resources today?

John Robertson: We are in a very advanced stage of development of our property. Based on last year’s drilling, we’re hitting economic reserves; our property is geared up to be the next property to be looked at to go into production. We’re very well situated as far as the infrastructure is concerned and we’re very well located, only 20 miles away from Fairbanks, Alaska. So, there is no problem with developing our property at an early stage.

Juan Costello: We certainly look forward to continuing to track the company’s growth as well as report on your upcoming progress. I’d like to thank you for taking the time to join us today to update our investors on Teryl Resources.

John Robertson: You are welcome. It’s a pleasure.

Juan Costello: Always good to have you guys on, thanks.

Teryl Resources Acquires an Option on Mineral Claims in Alaska

September 1, 2010 admin Newsmakers Comments Off on Teryl Resources Acquires an Option on Mineral Claims in Alaska

Teryl Resources Corp. announces an agreement was completed to acquire an option on a 50% interest in 11 State of Alaska mining claims located northwest of Anchorage, AK. […]