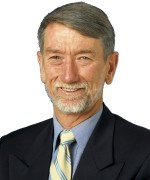 Derek Fisher: Thanks very much Juan.

WSR: Starting off, why don’t you give us a brief history and overview of the company?

Derek Fisher: Moly Mines is an Australian incorporated company where as Juan just mentioned, we are listed both on the ASX and on the TSX in Canada. The company was incorporated in about 2003. We have as the name implies a molybdenum project, a very large molybdenum deposit in Australia, it’s in excess of a billion tons in resource and approximately half a billion tons in reserves. We also have an iron ore deposit on the same property as the molybdenum deposit, they are not related. We are in the process of building a small iron ore mine as we speak, we’ll be shipping our first iron ore out of Western Australia by Christmas and by then, we should be also developing the molybdenum deposit. Our major shareholder is a Chinese group out of Sichuan, it’s a group called Hanlong, it’s owned by an individual, it’s not a state-owned organization. The molybdenum project will be probably the world’s first new molybdenum mine in a Greenfield situation in the last 25 years. We are finalizing at the moment $0.5 billion financing for that, which is coming from Chinese banks. So, by the end of the year, we’ll be developing two mines and one of them will be in production. We’ve gone from incorporating the company seven years ago to having two mines in production or under development this year.

WSR: What were some of the other highlights, you put out your quarterly highlights, give us another update on Spinifex Ridge?

Derek Fisher: We’ve just released our quarterly report. The quarterly report refers to a number of happenings in the past quarter. Firstly, with the investment by the Chinese, they invested $200 million in debt and equity in the company, it was $140 million in equity and $60 million in debt. That’s a deal we negotiated late last year and it was consummated in April when the money arrived. The Chinese are also undertaking to raise the $500 million and have got until the end of September to complete that. We are doing a lot of work with the Chinese banks at the moment. I’ve had a team in China on and off over the last three months, but that is progressing rapidly and every indication is we’ll have that money by the end of September or somewhere around there. During the quarter also construction started on the iron ore mine, it is not a big mine, but it’s very low capital; we’re spending approximately $15 million that’s all developing it, but we will be shipping about a million tons per annum of direct shipping hematite ore and as I said the mine is being developed. The first ore will be put on ship in Port Hedland in the Pilbara region of Western Australia somewhere around the end of November, early December this year and that will be a very profitable small operation, a million tons a year. We expect to net somewhere between $40 million and $50 million a year from that operation. So, there is a lot of activities going on at the moment and we are pretty comfortable where the company is sitting. The market hasn’t picked up on this to any great extent yet and I think they are waiting to see the outcome of the financing for the Spinifex Ridge Molybdenum Project and then as I said, we expect to have that somewhere around the end of the third quarter this year.

WSR: Go over with us for a little bit some of the trends in your sector and how well positioned you believe the company is to capitalize on them?

Derek Fisher: First of all, we are obviously playing in two sectors. We are playing in the iron ore sector, but also in the molybdenum sector. The iron ore sector, we have seen very high iron ore prices recently, spot prices have been as high as $160 a ton, that’s for 62% to 65% iron, maybe it’s back recently to $120 to $130 a ton, but it’s still a highly profitable business. We will put ore on ship in Port Hedland for about $50 to $60 a ton, that is Australian dollars as well so in terms of profitability, it’s very attractive. Working with that, iron ore prices have fallen recently as I said, but we’ve also seen the Baltic Index shipping costs falling dramatically at the moment and that’s kind of playing into our hands and not totally compensating for the full final prices, but having a positive impact. The molybdenum scene, moly prices went through the roof in the mid-2000s, 2004 moly price jumped from about $7 to $15 to $16 and then went on to approximately $40 a pound, it’s then dropped back and hung in around $30 to $35 a pound for three to four years. When the GFC struck, we saw the moly price fall back and reached a low of about $8 a pound. Since then it’s gone back to $18, $19; it’s currently sitting around $15 a pound so still very profitable. Our moly mine will make molybdenum when it’s developed for around $7, $8 a pound so we see that as being a potentially very profitable operation. World molybdenum consumption up until the GFC were growing at around 5% to 7% per year. In recent times, we have actually seen China become an importer of moly where in the past it has always been an exporter. Moly consumption fell around the world during the global financial crisis, it’s starting to improve again, and we believe that we’ll see moly prices strengthening into the future. Consumption is growing again and demand for specialty steel, stainless steel is starting to grow.

WSR: What would you say makes the company unique from some of the other players in your sector?

Derek Fisher: There’s a variety I think. We’re unique in that we have a significant Chinese shareholder in the company who has already put $200 million into the company and is organizing the next $500. They and the people behind that company, largely one person is a former futures trader, his company is the largest shareholder on the China Futures Exchange in Shanghai. The company has taken a very China-centric view on the metals market and they view metal demand in the world and metal prices in the world from a Chinese perspective and they understand the problem China has in supplying the metal to feed the modernization, expansion, the industrialization of China. They know and he knows that China cannot possibly supply that metal from its own internal sources so he has taken a view on when Chinese metal prices are going to go. One of the things I haven’t mentioned is and Hanlong have said this publicly that they have a line of credit to invest up to $5 billion in Australian resources, that’s largely going to be channeled through Moly Mines. We are looking at the moment at a major iron ore strategy in terms of examining possibilities of consolidating some of the junior iron ore miners in Australia. One of the big problems with iron ore anywhere in the world is infrastructure as you many know, access to ports and railways, and Hanlong have said some of that $5 billion could be used for port development and rail development. So, we stand to benefit from this and if you want a unique feature of our company, that’s probably as good as one as you can get. Obviously, we’re well positioned to benefit significantly by having a strong Chinese partner.

WSR: Perhaps, you could walk us through your background there as well as some of the strength of the team over at Moly.

Derek Fisher: I’ve got a very strong team in Moly. I’ve been in the mining industry for over 40 years. My COO has been in the mining industry for about the same length of time. My background is largely Australian and partly Canadian. I started my career in Australia in a Canadian company Inco, the nickel company, which is now owned by Vale and studied in Canada; created and listed my first company in the early ’80s; and have gone on from there. The companies I’ve been instrumental in creating and managing have built gold mines in Australia. We built a copper operation in Mongolia in the mid-90s, which Robert Friedland was involved in. I was instrumental and one of the creators of a company, Anvil Mining, which is listed in Toronto, which has copper operations in the Congo. I’ve been involved in countries like Armenia, gold tailing operations there. I’ve spent 40 years wandering the world and largely building mines. I’ve brought a team along with me who are supportive and highly experienced. We have the strength, we have the intellect, we have the history of building mines around the world.

WSR: What goals and objectives does the team hope to accomplish over the course of the next year?

Derek Fisher: Over the next year, as I said earlier, we are building the iron ore mine at the moment. Our first shipment is due to leave Port Hedland we are scheduling late November. Once we receive the finance from the Chinese banks to build the molybdenum project, that project is fully permitted ready for construction now. The only thing missing is finance and with the Chinese, we’ve now got the finance coming. 12 months from now, we will have been shipping iron ore for approximately six months and 12 months from now, we’ll have the Spinifex Ridge molybdenum mine, which will be a 10 million ton per year mining and processing operation well under construction, about a 20-month construction period is what we’re planning. So, this company is going to be a very different company in 12 months.

WSR: In terms of our investors in the financial community, is there anything you wish that they better understood about the company, which if they did would result in a possible higher valuation of the MOL stock?

Derek Fisher: Yes, the most interesting thing about the company, which is probably misunderstood at the moment or not understood is the potential that sits there through our Chinese partner and what they bring in terms of muscle within the Chinese financial community. You’re probably aware that major mines these days, it’s almost impossible to get financing for in the Western debt community; the sort of terms you can get for the finance out of China are quite extraordinary and there is nothing comparable in the West to it. So, that is the strength we have at the moment and we’ve got this massive line of credit, which has been made available to Hanlong, which will potentially flow back through Moly Mines. I guess my comment would be watch this space because we are going to be a very different company over the coming 12 months.

WSR: Once again joining us today is Derek Fisher, the Managing Director for Moly Mines Ltd., which trades on the ASX, ticker symbol is MOL as well as on the Toronto Stock Exchange ticker symbol is MOL, and are currently trading at $0.58 a share. Before we conclude, just to recap your key points, why do you believe that investors should consider Moly Mines as a good long-term investment opportunity?

Derek Fisher: Because we will be rapidly changing from a development company into a production company and that is coming in the short space over the next six months.

WSR: We certainly are looking forward to continuing to track the company’s growth as well as report on your upcoming progress and I like to thank you for taking the time to join us today and update our investors on Moly.

Derek Fisher: Thanks very much, Juan.