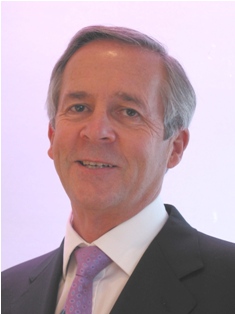 WSR: Good day from Wall Street. This is Juan Costello, Senior Analyst with The Wall Street Reporter. Joining us today is Kerry Sully, CEO of CGX Energy. The company trades on TSX Venture, and their ticker symbol is OYL, and they are a Canadian-based oil and gas exploration company focused on exploration for oil in Guyana. Thanks for joining us today, Kerry.

Kerry Sully: Thank you very much, Juan. It’s great to be here.

WSR: Starting off, talk to us about the completion of the $20 million financing.

Kerry Sully: We just announced that we’ve raised $20 million at $0.50 per share. And, we certainly appreciate the support from our new and existing shareholders. What I’d like to do is cover three major points today. The first is the regional activity in the Guyana-Suriname basin where there is going to be extensive drilling starting in October. The second area I’d like to cover is the first well that this $20 million will allow us to participate in where we’re targeting a billion barrel resource potential. And the third area I’d like to cover is the additional opportunity that we see in the basin and we have identified 16 targets all with world-class potential that I like to tell your listeners about.

Kerry Sully: So, the first point is with respect to the region. The Guyana-Suriname basin has a proven hydrocarbon system. There is a billion barrels onshore Suriname. The oil has been sourced from the offshore but there has never been an oil discovery in the offshore. People ask why? The reason is that there has been very little drilling; there has only been 22 wells drilled beyond the near-shore of these three countries, including French Guiana, over a 50-year period. Now, the thinking about this basin is changing rapidly. It has now become one of the most attractive new basins in the world and we’re surrounded by majors. Those majors including ourselves (we’re not a major, we’re a junior!) have spent $125 million in 3D-seismic in the basin over the last two years. There is one more seismic program to come and that’s going to be shot by Exxon and Shell in a very large license they hold adjacent to ours in Guyana. The other operators have completed their seismic programs and there are now four wells going to be drilled by others starting very quickly. Murphy is going to be drilling in Suriname. They are going to start in October with a shallow Paleocene test where they’ve identified a 200 million barrel potential resource. And, in December they are drilling a deeper Turonian test where they’ve also identified 200 million barrels. That well is going to be followed by Inpex, a Japanese company in the first quarter of 2011 and a large consortium including Tullow, Shell and Total are going to be drilling in French Guiana in February targeting the Turonian with an estimate of 700 million barrels. So, those four wells by others leads us up to CGX’s first well.

WSR: I think the next point was the Georgetown and the other licenses.

Kerry Sully: Yes. Basically our first well is going to be drilled on Georgetown, its called Jaguar. Our partners in that well are Repsol, YPF and Tullow. Tullow has been very successful exploring in West Africa, specifically in Ghana. We’re targeting a Turonian at 22,000 feet that is going to be drilled in the second quarter of next year and it is a mirror image to the discoveries that have been made in Ghana where the Jubilee field now has about 1.8 billion barrels; and that reservoir was only discovered three years ago by Tullow, Anadarko, and Kosmos. They did an amazing job on that field — it’s about to go on stream this fall. Now with respect to our side of the Atlantic, Tullow’s estimate for the Jaguar is a billion barrel potential, of which our share would be roughly 250 million barrels. Probability of success on this is one in six or one in five. And, success in either Jaguar or drilling by the other operators I’ve discussed significantly improves our probability of success in the additional opportunities we’ve identified on our acreage.

WSR: Bring us up to speed on the other operations.

Kerry Sully: Basically, in the two licenses, the Georgetown license and the Corentyne, we’ve identified 16 prospects and leads. The prospects are basically drillable, we have sufficient seismic on those already. The leads would require some additional seismic. Each of these 16 prospects and leads have resource estimate greater than 300 million barrels, this is a big number. Through the period 2006 to 2008, a three-year period, there were only 18 fields found worldwide that had greater than 300 million barrels. So, these are truly world-class targets we’re pursuing. And, if the Jaguar Turonian is successful — on our Corentyne license we have a twin called Eagle that also has in excess of a billion barrel potential. We plan on drilling a shallow well comparable to Murphy’s well and that will cost us about $35 million — it will be drilled after the Jaguar well.

WSR: Talk to us a little bit about some of the trends right now in your sector and how well positioned you believe CGX is to capitalize on them?

Kerry Sully: The biggest trend is we’ve had fairly stable oil price environment now for several years in the $70 to $80 range, so we can make good long range plans. However, in the general financing sector there has been a downturn and it has created an awful lot of opportunity. So, as a result I think that we can probably drill significantly cheaper than we could have three years ago and certainly the situation in the Gulf with the moratorium means that there are operators looking for new basins, there is surplus equipment and there are service companies available to assist us with our drilling.

WSR: What would you say are some of the factors that make the company unique from some of the other players in the sector?

Kerry Sully: A lot of companies have got a development side of their company plus exploration. Ours is pure exploration, and we’re unique in the basin. We’re also the only junior that’s there. But, we have been a leader with respect to what has happened in the Guyana-Suriname basin. We shot the first solid 2D seismic in 1998. Then when we were set up to drill in June 2000, gunboats arrived from Suriname, claiming the territory as theirs, and it took seven years to resolve the maritime border between Guyana and Suriname. CGX assisted the Government of Guyana by paying $9.8 million of their legal expenses. Through that period, we’ve done a lot of seismic interpretation and we’ve identified a number of shallow fans. I think we’re one of the first to identify the deeper Cretaceous plays.

WSR: Perhaps you could walk us through your background and experience, Kerry, and talk a little bit about the management team over at CGX Energy for some of our listeners here that are new to the story.

Kerry Sully: I’m a Reservoir Engineer and I have over 40 years experience. I worked briefly for Texaco. But in the early ’70s, I was involved with a consulting firm in the US that did the reserve determinations for the OPEC nations and my group specifically did the reserves in Iran. So, it’s kind of fun now to be back looking at major prospects. In between I ran a Canadian junior oil company called Ranchmen’s Resources for 20 years which was focused mainly on Alberta exploration and development. One of my key players is Warren Workman, our VP of Exploration — he is both a geologist and geophysicist. He worked for an extended period with Unocal in the Gulf of Mexico identifying turbidite fans and screening their global opportunity. When he had a chance to look at this play offshore Guyana, he said, it was one of the biggest plays he had ever seen. And, the other key player would be the founder of our company, who is Dr. Edris Dookie. He is Guyanese; lives in New York, but he probably spends six months in a year in Guyana and provides us a very strong interrelationship with the Guyanese business community and also the politicians and the bureaucrats.

WSR: Talk to us about what are some of the milestones and objectives that the company is hoping to accomplish over the course of the next year.

Kerry Sully: This whole process took longer than we hoped with the border incident. But now through the drilling of two wells, we believe it’s time to prove the theories that we’ve been working on for the last 12 years.

WSR: When it comes to investors and the financial community, Kerry, do you believe that the CGX story and the company’s message and upside potential are completely understood and appreciated? And, if not, what do you think investors are missing from the story?

Kerry Sully: We’ve had a core group of investors through these 12 years, but it’s a story that going forward, with the drilling we’re going to be doing with others, will attract a whole new investment community. And, I think that group has to understand that this is a story that has got very high risk but it also has incredible leverage and we’re allowing the shareholder to diversify their own portfolio. Putting this to numbers — if we take Tullow’s estimate of a billion barrels in the Jaguar well, our share would be 250 million barrels. And, this opportunity would value oil at $10 per barrel post-discovery creating a potential market cap of 2.5 billion dollars. Our current market cap is $84 million. So, on this one well alone we’re looking at a 30 bagger.

WSR: And so once again joining us today is Kerry Sully, the Chief Executive Officer for CGX Energy, which trades on the TSX Venture, ticker symbol OYL, currently trading at $0.50 a share. We were just discussing the completion of the $20 million financing as well as some of the trends in the oil sector. And so before we conclude Kerry, just to recap some of your key points, why do you believe that investors should consider OYL, CGX Energy as a good long-term investment opportunity?

Kerry Sully: Please recall my three points. One, the first is the region, the majors have come to drill. There are going to be four wells drilled before ours, which makes us an area play. The second is our first well in the second quarter of next year. It is going to be one of the biggest wells drilled during 2011. And, the third point is additional opportunity if either we or others are successful – there are lot of targets in the sandbox.

WSR: We certainly look forward to continuing to track the company’s growth as well as report on your upcoming progress, and I like to thank you for taking the time to join us today Kerry and update our investors on CGX. Great having you on.

Kerry Sully: Thanks very much for this opportunity.