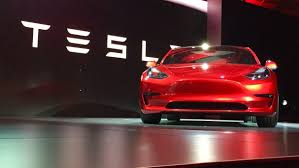 “Tesla, without any doubt, is on the verge of bankruptcy,” he told clients in an email over the weekend. He explained that funding will be hard to come by in the face of problems in delivering the Model 3, declining demand for the Model S and X, extreme valuation and a likely downgrade of its credit rating by Moody’s from B- to CCC.

“As a reality check, Tesla is worth twice as much as Ford [estimate of the enterprise value of both companies], yet Ford made 6 million cars last year at a $7.6 billion profit while Tesla made 100,000 cars at a $2 billion loss,” Thompson said. “Further, Ford has $12 billion in cash held for ‘a rainy day’ while Tesla will likely run out of money in the next 3 months. I’ve never seen anything so absurd in my career.”